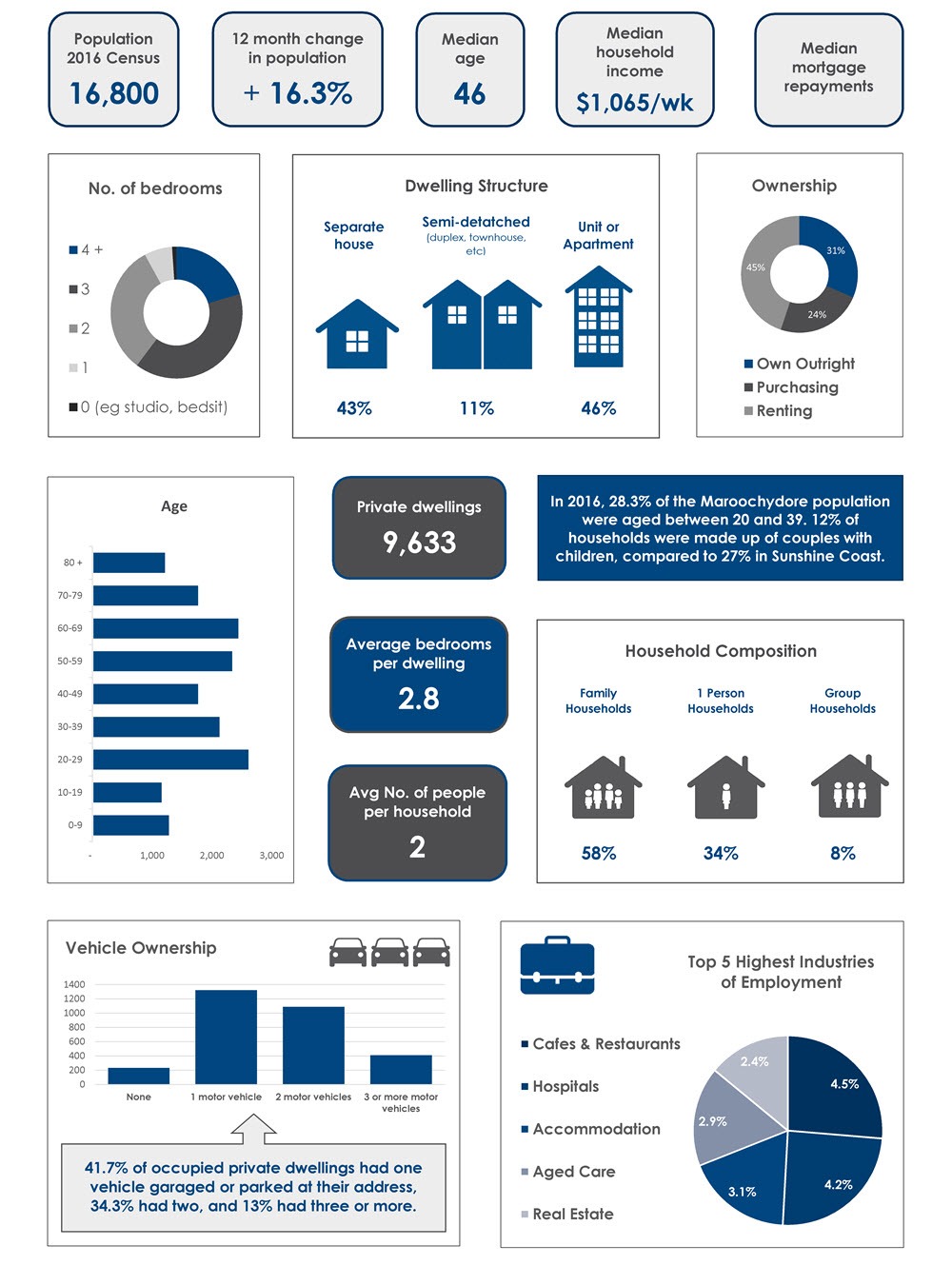 Maroochydore, is the CBD centre on the Sunshine Coast, is 95 km north of central Brisbane.

It is at the mouth of the Maroochy River, a large stream with headwaters beyond Yandina and Eumundi. The river mouth is a haven for water birds. It is thought that the word Maroochy was derived from an Aboriginal expression describing the red bill of the Australian black swan.

The Maroochy River is navigable for a good distance, and was used to transport timber harvested from the inland ranges in the 1850s and 1860s. A wharf (1868) at the river mouth was the loading point for further transport to Brisbane.

In 1907, Thomas O'Connor a suveyor, subdivided and sold allotments between Picnic Point and Cornmeal Creek. It was the beginning of the Maroochydore township which, until 1916, had also been called Maroochi or Marutchi. The Club Hotel (1911), a school of arts (1916), a store, refreshment rooms, surf life-saving club (1916), a Progress Association (1920) and a State primary school (1921) marked Maroochydore's early development. The Maroochydore Picture Palace and the Jazzland dance hall were opened in the 1920s and a passable road from the Bruce Highway was opened in 1928. A golf course, Horton Park, was opened in 1956.

In the late 1900’s high-rise apartments entered the skyline and drive-in shopping centres added massively to Maroochydore's gross retail area. The larger, Sunshine Plaza (1995), has a department store, two discount department stores, three supermarkets and over 200 specialty stores and, far from being on a suburban outskirt, is on the Cornmeal Waterway and within walking distance of Cotton Tree.

Maroochydore extends westwards along the Maroochy River to as far as Eudlo Creek. In this part of Maroochydore there are the State high school, the Catholic primary school, a bulky goods shopping centre, a retirement village, two holiday/caravan villages, the Maroochydore multi-sports complex and a canal estate.

Maroochydore has the Sunshine Coast's first surf life-saving club (1916), State primary (1921) and secondary schools (1964), a Catholic primary school (1980) and a TAFE. Despite its holiday image, 80% of Maroochydore's population is permanent. 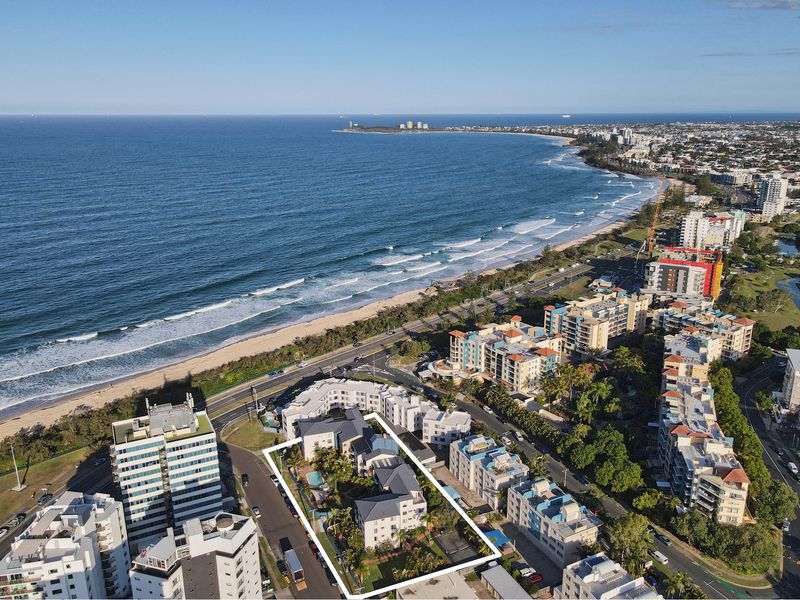 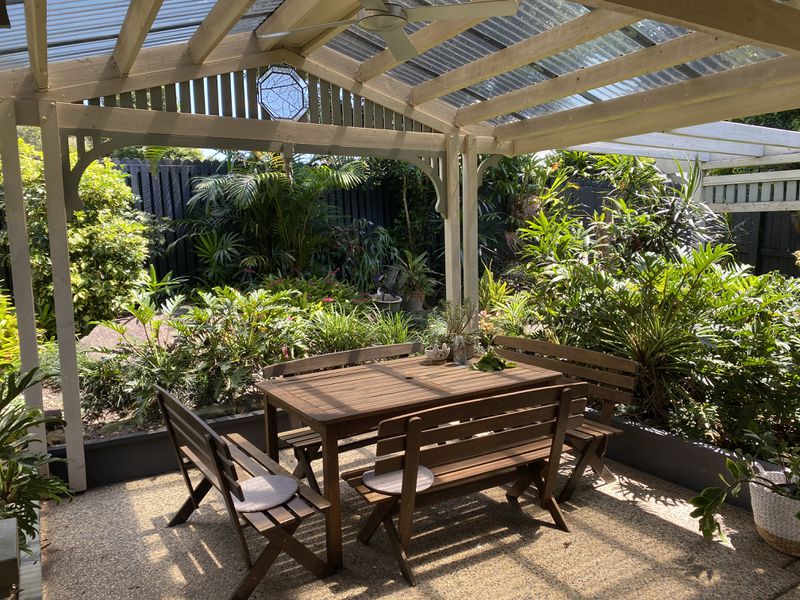 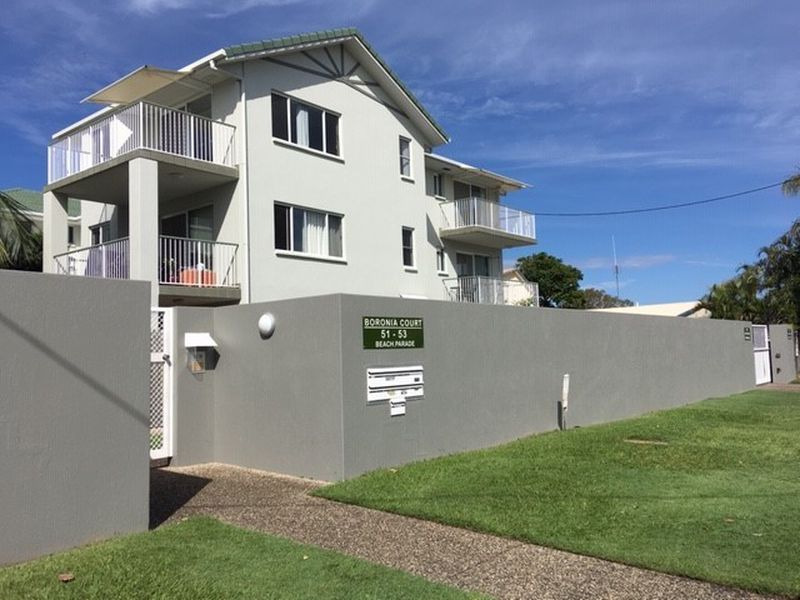