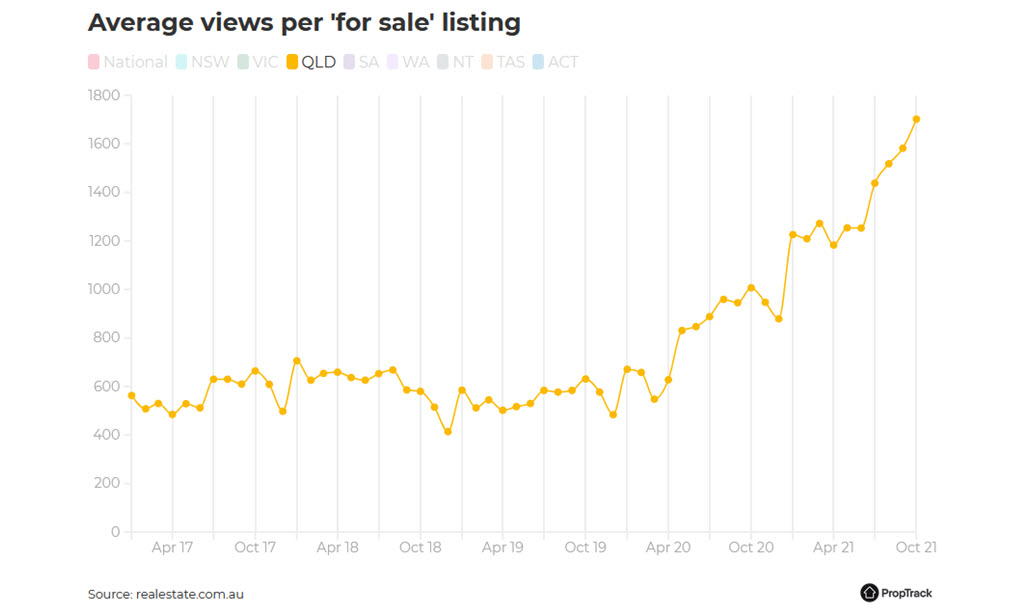 he housing market has been given a much-needed listings boost in October as lockdowns ended.

Potential buyers have finally seen the uplift in new listings that they have been crying-out for after a record number of properties came onto the market across Australia’s capital cities in October, and hit a three-year high nationally.

Nonetheless, buyers will continue to face tough competition with demand for properties based on the number of views per listing on realestate.com.au reaching historic highs in October 2021.

Properties are selling quicker that they were a year ago while the amount of stock available for sale has reduced dramatically. Nationally, the number of total listings remains 19.3% weaker than October 2020.

Prices have increased by more than 20% over the past 12 months, while sales volumes and the number of views per listings are also significantly higher.

While prices have continued to rise, the rate of growth has slowed from its peak earlier this year, a trend expected to continue.

The strong uplift in prices has been driven by record-low mortgage rates and people dedicating more of their income to housing, however, we believe is coming to the end of running its course.

The next few months will be interesting to watch. Assuming we continue to see high levels of new stock coming to the market there should be a better balance between demand and supply.

Furthermore, with lockdowns ending and social amenities reopening, along with domestic and international travel, we are likely to see people spending more of their income on these types of pursuits which may lead to less being spent on residential housing and further slowing of price growth.

How property is fairing in Queensland

Over the first 10 months of this year, preliminary monthly sales volumes in Brisbane are 46% higher than they were over the same period last year and in regional Queensland they are 51.6% higher. Ipswich and the inner city have recorded the largest increases in cumulative annual sales in Brisbane while Queensland’s Darling Downs and Maranoa region and Cairns recorded the largest sales uplift in regional areas.