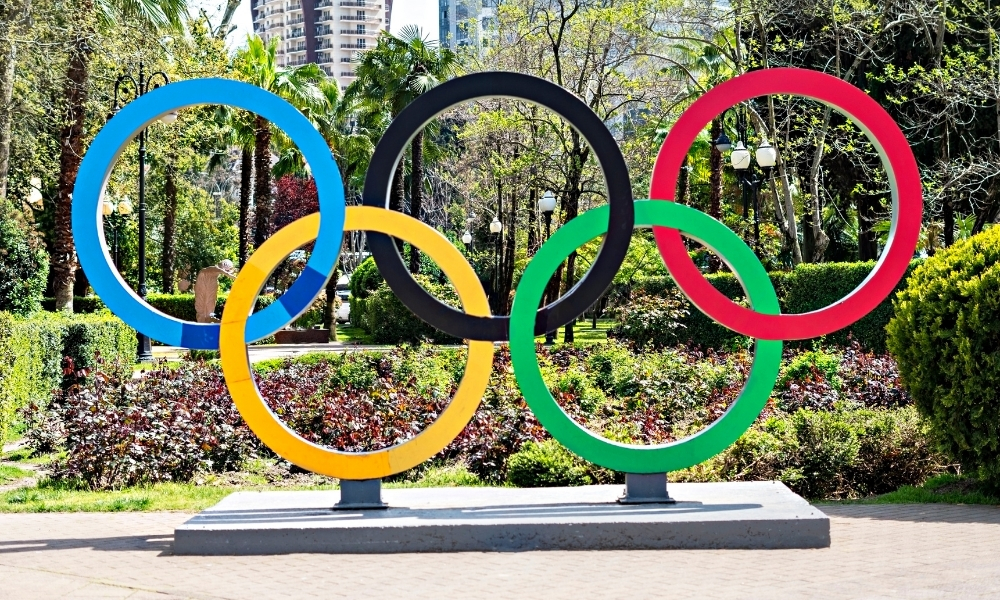 Will Queensland's Property Prices Win Gold After the 2032 Olympics?


Investment will flow': how one decision will create a legacy lasting 20 years

South-East Queensland’s coup in securing the 2032 Olympic and Paralympic Games will ignite long-awaited investment that will deliver benefits for 20 years.

“The world is coming to our community,’’ Mayor Jamieson said.

“The decision sets in motion extensive detailed planning for staging of the Games and support the liveability and connectivity of South-East Queensland, which is one of the fastest-growing regions in Australia.

“Our key approach from Day 1 in 2015 – and one that has never changed – has been to secure the investment needed to support communities, including our Sunshine Coast, as they continue to grow.

“All partners have recognised that hosting the Games should provide a legacy 10 years before and 10 years after the Games events.

“The positive impact these Games will have on our community will be second-to-none and I encourage everyone to throw their support behind Brisbane 2032.”

Millions of people around South-East Queensland celebrated the announcement.

Aussie Olympic legends, including Noosa resident Dawn Fraser, were among those to rejoice, while a large crowd gathered at Kings Beach to cheer the news with Mayor Jamieson.

•  Alexandra Headland which will be the staging area for road based events (Olympic cycling, marathon and race walks, plus Paralympic cycling and marathon) and host the kiteboarding competition (sailing).

•  Sunshine Coast Olympic Village which will be located in the heart of the new Maroochydore city centre.

In addition to the built venues, the Sunshine Coast is proposed as the host location for cycling (road, time trials and Paralympic disciplines); marathon (walk, run and Paralympic disciplines); and kiteboarding, which will provide an opportunity to showcase the natural beauty and attractions of our coastline and our hinterland to a global audience.

An independent economic assessment by KPMG, commissioned by the Queensland Government, has indicated the Games will deliver a total benefit of $8.1 billion for Queensland, and $17.61 billion for Australia.

The report also found that the Games would create 91,600 Full Time Equivalent jobs for Queensland.

The games proposal will evolve over the next 11 years.

Fairfax MP Ted O’Brien, who has served as the Prime Minister’s representative for the Queensland bid, said hosting the Olympic and Paralympic Games would see “a decade-long runway paved in green and gold all the way to 2032”.

“Hosting the 2032 Olympics will not only inject billions into the economy, it will also create around 120,000 new jobs, including 90,000 jobs for Queenslanders,” Mr O’Brien said.

“Local companies and businesses right across Queensland should take the opportunities which will come over the next decade to contribute to the Olympic and Paralympic Games.

“For Queenslanders, this is our moment and it’s now up to us to make the most of it.”

Visit Sunshine Coast CEO Matt Stoeckel said the event would significantly bolster the region’s tourism industry. It’s set to showcase the Sunshine Coast as a destination, to the rest of the world.

The Brisbane bid was ratified by a vote of 87 IOC members at a meeting in Tokyo before the opening of the Games on Friday, with IOC president Thomas Bach declaring the Queensland capital as host of the Olympics and Paralympics in 11 years time.

“The International Olympic Committee has the honour to announce that the Games of the 35th Olympiad are awarded to Brisbane, Australia,” Bach said.

Needing to secure half the votes of its members, Brisbane was preferred ahead of Budapest, Korea, Doha and Germany’s Ruhr Valley.

The Brisbane 2032 delegation, including AOC President John Coates and Queensland Premier Annastacia Palaszczuk, made a formal final presentation to the IOC meeting.


Prime Minister Scott Morrison addressed the meeting via a live link from Parliament House and spoke of the Australian government’s financial commitment to the Games.

“We know what it takes to deliver a successful Games in Australia,” he said.

“We can draw confidence from Australia’s track record as delivering major sporting and global events that the Brisbane games will be safe and secure.”

He also described Australia’s multicultural population, with 300 ethnicities, as a “giant Olympic village”.

Coates, who is also an IOC vice-president, dubbed Brisbane “the together games” mixing modernity and the Olympics’ 136-year-old ideals.

While fireworks erupted in Brisbane, the reaction was more muted with the city confirmed back in February as the preferred host city and awarded exclusive negotiation rights ahead of its bidding rivals.

The IOC overhauled its bidding rules in 2019 to reduce costs and avoid pitting candidates against each other.

The city’s bid had earlier earned praise from the IOC for its high percentage of existing venues encompassing south-east Queensland, support from all levels of government and the private sector, experience in organising major events and its favourable weather.

Australia will become only the second country after the United States to host the Summer Olympics in three different cities.

Paris will stage the 2024 Games while Los Angeles has been awarded the 2028 edition.

Will Queensland's Property Prices Win Gold After the 2032 Olympics?

Although some 11 years away, the 2032 Olympic Games is on the lips of most Queenslanders – particularly among Brisbanites – whose home city has been declared host of the event.

However, it’s not just the excitement of the world’s largest multi-sport event that has tongues wagging.

Hosting the 2032 Olympics and Paralympics could be a “game-changer” for Queensland, according to Brisbane Lord Mayor Adrian Schrinner, who says it could “deliver 20 years of accelerated opportunity for our state”.

So, what opportunities will arise from hosting the 2032 Olympic Games? And will these opportunities correlate to an increase in property prices in the Sunshine State?

We sat down with Simon Pressley, Head of Research at Propertyology to find out.

Case Studies of Olympics Past

There’s no denying  the buzz of an Olympic Games has positive ongoing effects for the host city. The Journal of Economic Perspectives claims there’s three major benefits of hosting the Olympic Games: “Olympic legacy”, which might include improvements in infrastructure and increased trade, foreign investment and tourism post-Games; and intangible benefits like civic pride.

When it comes to the Olympics and property prices however, the benefits are less clear.

In the past, lesser-developed host cities like Barcelona saw a major rise in property prices – with the city recording a mammoth increase of 130% prior to the 1992 Barcelona Olympics. This is likely due to the fact the city underwent major rejuvenation, such as the implementation of a high-speed train which connected to the capital city of Madrid, and a regeneration of the city’s waterfront.

For highly developed cities, it’s harder to attribute property price growth to one singular event, according to Propertyology’s Head of Research, Simon Presley.

London, which hosted the 2012 Olympics, experienced only a 38 per cent increase in median house prices over the five years ending 2013, which according to Pressley, is “hardly a boom” considering the $16 billion outlay to prepare the city for hosting the Games.

“Sydney hosted the 2000 Olympic Games and its median house price increased by 88 percent over the five years ending 2001,” says Pressley.  “But the reality is that the start of this century is etched in history as one of Australia’s most prosperous eras. Property markets right across Australia benefitted from long-term political stability, major tax reform (GST implementation), the biggest ever government grants and incentives for property buyers, free-flowing credit, large scale privatisation, a global technology boom and unprecedented economic development.”

When looking at other major sporting events held in Australia, such as the Melbourne and Gold Coast Commonwealth Games, it’s interesting to note other cities across the nation produced stronger property markets than the host cities themselves.

Will Brisbane 2032 Be Any Different?

It’s important to note the lead-up to the Brisbane event will be vastly different to previous Games. For starters, the Olympics won’t be entirely hosted in the state’s capital city. Sporting venues on the Gold Coast and Sunshine Coast will be utilised – plus venues in Redland, Moreton Bay, Scenic Rim and Ipswich. Preliminary football matches are planned for Cairns, Townsville, Toowoomba, Sydney and Melbourne.

Interestingly, the athletes village won’t just be in Brisbane, with other villages set to be based on the Gold and Sunshine Coasts.

This spells good news for Queenslanders, as tourism, increased infrastructure and other benefits will be shared among the South-East Queensland corridor.

It’s also worth noting  the cost of hosting the Olympics will be much lower than the likes of the Sydney 2000 Olympics.

“Compared to past Olympic Games, the 2032 Olympic Games requires a significantly smaller investment to host it,” adds Pressley. “The traditional seven years from announcement to event date has been extended to 11 years, thereby further diluting the investment.”

“It has been reported that it will cost significantly less ($4.5 billion) to put on the 2032 Olympic Games in South-East Queensland. The Queensland Government has trumpeted that it already has the bulk of the infrastructure and facilities required from recently hosting the 2018 Commonwealth Games.”

Where will Brisbane and Queensland See Value?

Whether property prices in Brisbane or Queensland will increase after the Olympics is yet to be determined.

What’s more likely to happen is  infrastructure upgrades to transport, services and amenities may have a positive flow-on effect to house prices.

The real winners from the Olympic Games will be both the jobseeker and tourism sectors.

The State Government’s 2032 Olympic and Paralympic Taskforce found the Games could create around 130,000 direct jobs, including 10,000 in the year of the Games.

The Value Proposition Assessment created by the taskforce also revealed there is an estimated quantifiable economic benefit of $7.4 billion.

Whether a property market performs well or not post-Olympics relies heavily on many macro and micro factors. These include the broader national economy, credit and monetary policy (macro), as well as local housing supply, political stability and broader local economic conditions (micro).

“Generally speaking, the direct benefit to property markets from hosting such a big international event comes from the bringing forward of investment in big-ticket infrastructure,” says Pressley. The global exposure and local enthusiasm created can linger for up to a year after the event. So, the property market benefits tend to span a total of five years.”

“The best advice that I can give anyone who truly cares is to just enjoy the Games for what they are, and ignore the property market gum-flappers.”