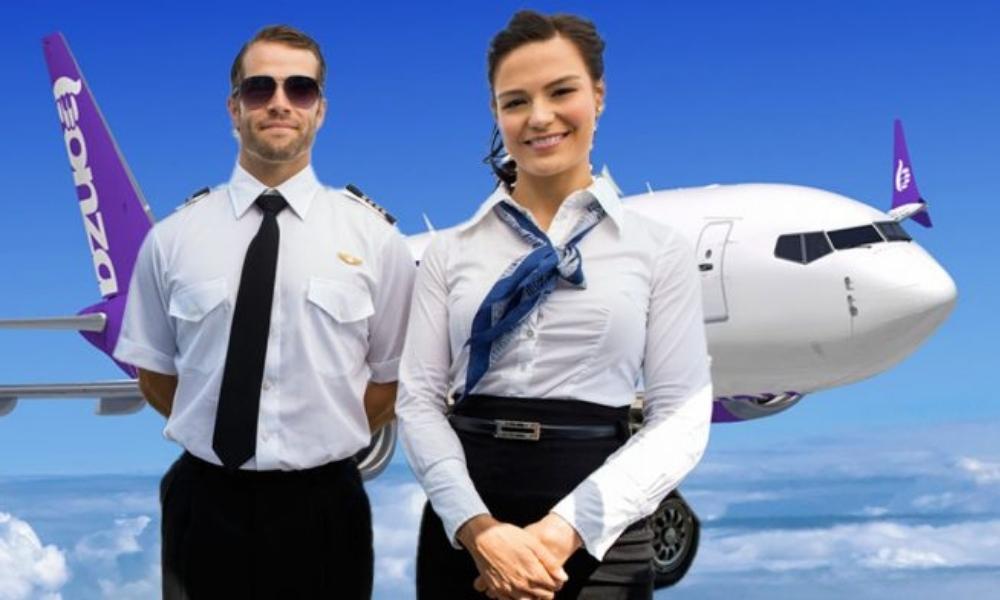 Australia’s newest airline based on the Sunshine Coast has announced it will soon begin hiring and is looking for locals keen on a high-flying career.

Low-cost carrier Bonza has 200 pilot and cabin crew roles to fill across its network, with 100 of those “Legends” to be based on the Sunshine Coast.

The independent airline is expecting to take to the skies around July, helping lead an aviation revival after the pandemic decimated the industry for two years.

It’s also the first opportunity in 14 years for staff to be part of an airline from day one.

With many aviation employees made redundant from the major airlines, competition for a job will be fierce.

Bonza has already been flooded with more than 5500 expressions of interest to its website.

Bonza CEO Tim Jordan said the airline was pleased to be offering people the chance to live, work and play on the Sunshine Coast.

“In aviation, it’s hard not to have witnessed the devastating impact of the pandemic on many talented pilots and cabin crew,” he said.

“It’s our hope we can provide roles and development opportunities to some of those impacted.”

Mr Jordon told Sunshine Coast News three of its initial five aircraft would be based on the Coast, with two operational and one “spare”.

He said flights from the Coast to 13 destinations across Australia would be scheduled so staff could return home at the end of the day rather than sleep in hotels.

“Often in the aviation industry people leave because they forget where they are when they wake up in the morning and they spend so many nights away,” he said.

“With Bonza people will fly out of the Sunshine Coast and return at night to their families and friends.

“All of us to one extent have reassessed our lives and a good number of people would love to live and work in a regional location like the Sunshine Coast.

“And if they can follow their dream and fly and live and work on the Sunshine Coast then that’s a wonderful outcome.”

Bonza recently made what it said was the largest network announcement in Australian aviation history when it revealed itself to the market.

“When we first announced Bonza to Australia last year, we were overwhelmed with interest in those seeking to work with us,” said Mr Jordan.

Bonza’s 13 destinations from the Sunshine Coast are expected to take off mid-year.

He said prospective staff would go through the application process at “assessment centres” and they were encouraged to bring their personalities.

Other roles such as ground crew would be outsourced to contractors.

Mr Jordan said the recruitment was coming at a time when the aviation industry needed a welcome shot in the arm.

“Domestic tourism demand is building and Bonza is fast growing followers excited about our mission to give Aussies more choice when it comes to holidays,” he said.

“What has happened to aviation and travel and the world the last two years has been fairly tormenting and tragic but there is a recovery going on and we are part of that recovery process.”

Interested applicants wanting to become a Bonza legend can apply via the CAE Parc website or by flybonza.com